Government border agencies are responsible for facilitating the legitimate movement of people and goods, while also maintaining secure borders, thus ensuring the right balance between openness and control. The issue is exacerbated during times of migration crises, in which officials at the border are often the first to be confronted with large population movements. Well-prepared and managed crisis response at borders can improve humanitarian action and protect vulnerable migrants while maintaining the security of states and borders.

Through its programming in the field of Immigration and Border Management, IOM contributes towards ensuring that States can effectively manage movements through borders and territories in line with international standards. IOM works to support governments to observe the rights of migrants, facilitate safe and regular channels of migration, and combat irregular migration, particularly the smuggling of migrants. This is done in cooperation with governments in the South Eastern Europe, Eastern Europe and Central Asia (SEEECA) region, in cooperation with partner organizations, civil society and the private sector, through building human and technical capacities and improving policies, administrative structures and operational systems.

IOM constantly strives to improve and evolve to meet new migration challenges. Many countries in the region, particularly in the Western Balkans and Turkey, have been affected by the mass mixed-migration flows during recent large movements into Europe. IOM has been actively involved from the onset in supporting registration and reception of migrants, identification and referral of vulnerable categories, building capacities and procuring equipment for search and rescue operations at sea, countering migrant smuggling and enhancing preparedness for future mass movements.

IOM's Humanitarian Border Management (HBM) approach recognizes the need for appropriate border management responses at times of humanitarian crisis arising from both natural and man-made disasters. HBM activities aim to improve preparedness and response to protect those who cross borders in emergencies, as well as ensuring that the security of the border is maintained.

HBM is rooted in IOM’s Migration Crisis Operational Framework and addresses all three stages of crisis with targeted interventions in the SEEECA region and beyond:

With over one billion people on the move migration management has shifted to the forefront of many States’ agendas. Migration can be a key contributor to economic and social development of both host and origin countries when conducted in a safe, orderly and regular manner. IOM assists States in the SEEECA region in facilitating regular migration through a variety of initiatives.

Furthermore, in partnership with relevant authorities, IOM is committed to strengthening national identity management chains, from the delivery of birth certificates to the safe and reliable issuance of secure identity and travel documents, in compliance with international standards. IOM also regularly trains border management officials in travel document inspection and the use of associated equipment, supported by IOM’s flagship training tool in this field: the new version of the “Passport Examination Procedures Manual”, available in seven languages including Azerbaijani and Turkish.

Finally, IOM enhances the efficiency of regular border crossings through state-of-the-art information exchange systems, improving inter-agency cooperation on both sides of the border, and accelerating processing while maintaining high security standards. This includes projects in the Western Balkans and Turkmenistan supporting the development of Advance Passenger Information Systems, collecting required data elements at the airport of entry and transmitting them to border control agencies at the airport of arrival. Other projects, such as a Common Contact Point, involve real-time data exchange through an integrated migration management information system in Ukraine, a Common Contact Point at the Belarus-Ukraine border, and a video-control system of pre-arrival exchange of information between customs authorities of the two nations.

The large-scale smuggling of migrants across international borders has developed into a global threat to migration governance. Many migrants resort to using migrant smugglers when they do not have the option to travel in a regular manner. Migrant smugglers have become an integral part of the irregular migration journey resulting in significant profits for criminal networks. Although services that smugglers provide are not necessarily exploitative or deceptive, a combination of factors increase vulnerabilities of smuggled migrants, leading to abuse, coercion, and trafficking. Tragically, migrants often pay with their lives: they suffocate in containers, perish in deserts or drown at sea.

IOM’s Comprehensive Approach to Counter Migrant Smuggling defines four key pillars of work, namely protection and assistance to smuggled migrants; addressing the causes of migrant smuggling; enhancing States’ capacity to disrupt the activities of migrant smugglers; and promoting research and data collection on migrant smuggling. In the SEEECA region, IOM has been strengthening surveillance and bilateral coordination between countries and produced a number of in-depth research reports on the decision-making processes of smuggled migrants and risk analyses.

Regional cooperation is crucial for tackling irregular migration and cross-border crime, and is at the centre of a large number of IOM’s programmes in the area. This includes improving cross-border cooperation and coordination between Turkey, Bulgaria and Greece; the Eastern Partnership countries and the countries along the Western Balkan Route.

In cases of imminent return of migrants in an irregular situation, the best solution for the migrant and the State is through creating conditions of voluntary return to the country of origin. However, it is not always possible for a migrant to return voluntarily. In those cases, other forms of return are applied, such as readmission, which is based on agreements between sending and receiving States that set out the obligations and procedures for taking back people who reside irregularly.

IOM assists States in the SEEECA region to manage readmission in line with international standards, notably human rights law and best practices. Examples include comprehensive training of practitioners, strengthening regional cooperation and development of tools such as an Electronic Readmission Management System.

Many States consider immigration detention a migration management tool, often for purposes of identifying migrants and determining their nationalities, preventing the person from gaining unauthorized entry, or ensuring the enforcement of a deportation order. IOM does not run immigration detention facilities or engage in related activities such as forced returns. The organization promotes alternatives to detention and provides assistance related to upholding the human rights of migrants, capacity building and humanitarian assistance.

A person’s sex, gender identity and sexual orientation influence most aspects of life and society, and in turn shape every stage of the migration experience. IOM understands the necessity to assess and respond to gender dynamics to address the needs and capacities of all beneficiaries and not perpetuate gender inequality. This is central to IOM’s mandate and intrinsic to developing safe, humane and orderly migration for all. Hence, the Organization aims to mainstream gender throughout all its activities, in addition to targeted projects that have gender equality as the main objective.

As women are traditionally underrepresented in law enforcement, particularly in the border forces, IOM has been implementing several programmes with the aim to enhance the acceptance, promotion and retention of female officers. This includes the facilitation of the first-ever joint training for Tajik and Afghan female border guards and a comprehensive follow-up project on "Gender Mainstreaming for Secure Borders in Tajikistan”, including a self-assessment and training, resulting in an action plan on gender mainstreaming in the border forces. Furthermore, IOM has recently organised, for the sixth consecutive year, the Annual Women in Policing Regional Conference in Georgia.

Further cross-cutting issues that IOM works on in the region are environmental protection, such as exploration of sustainable energy sources for border crossing points, and combatting corruption, including staffing and recruitment reform. 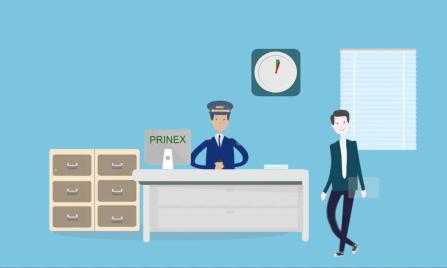