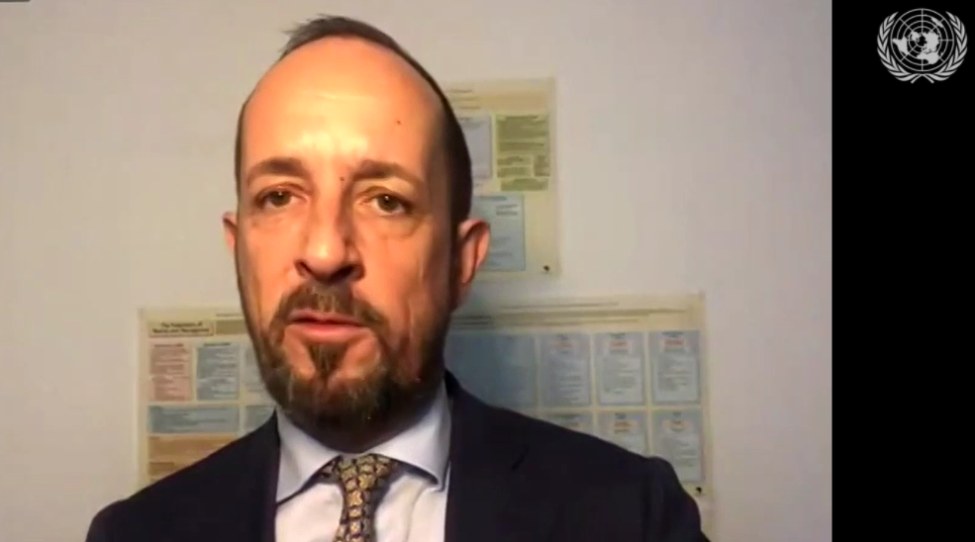 Our Chief of Mission in Bosnia and Herzegovina, Peter Van der Auweraert, this week briefed the world's media on the situation in northern Bosnia, as thousands of migrants continue to sleep rough in the freezing winter.

The full briefing can be accessed here, starting at 18'40"

Over the past two weeks IOM has watched with growing concern the dire humanitarian situation facing migrants in Bosnia. On 23 December, local authorities had decided to close the Lipa Emergency Tent Camp, which was run with IOM’s support. The 1,400 men living in the camp joined an estimated 1,500 others including women and children sleeping rough in Una Sana Canton, on Bosnia’s border with European Union member Croatia as nighttime temperatures dropped well below zero. IOM and its partners were providing support as best they could but it was clear that a sustainable long-term solution must be found.

Peter Van der Auweraert, Bosnia Chief of Mission for the International Organization for Migration (IOM), said Bosnia-Herzegovina had hosted 70,000 migrants since early 2018. The political response has been somewhat haphazard, and each winter there had been thousands of people sleeping rough. There were currently about 6,000 migrants housed in accommodation centers. While there were two other centers that could host the remaining migrants, it had not been possible to do so given the lack of consensus between the central government and the concerned local governments. It should be stressed that there was sufficient international funding to house the 8,000 to 8,500 migrants and refugees currently in Bosnia-Herzegovina.

Responding to questions, M. Van der Auweraert said the migrants sleeping rough received food, non-food items and some medical care services from the Red Cross, the Danish Refugee Council and IOM. Their physical health was deteriorating, however, and there were signs of the situation taking a toll on their mental health. Overall, there seemed to be a consensus among the population that migrants should be treated humanely. The current asylum request process was excruciatingly slow; and yet, it was critical that access to asylum be guaranteed.