“IOM supports Ukrainians not only with words, but with concrete steps” – President Zelenskyy 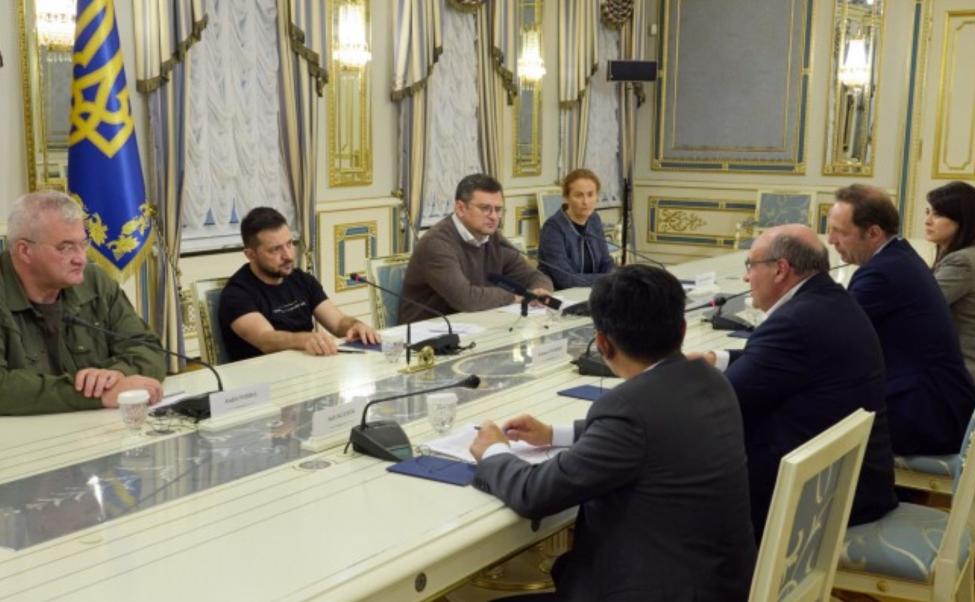 IOM’s Director General António Vitorino, along with the Director of the Vienna Regional Office and Chief of Mission in Ukraine met with President Volodymyr Zelenskyy in Kyiv yesterday, as part of the DG’s four-day visit to the warn-torn nation.

Mr Vitorino, flanked by Regional Director Manfred Profazi and CoM Anh Nguyen, said he was “truly honoured to meet President Zelenskyy, to discuss humanitarian operations and lifesaving support to people affected by the war, and ensure we scale up our recovery efforts together.”

President Zelenskyy expressed his gratitude for IOM’s support in general and the DG’s field visits in particular. "It is very important that the head of the International Organization for Migration saw with his own eyes the consequences of Russia's war against Ukraine," he said.

"You understand in detail all these problems caused by the war. We know and appreciate that the International Organization for Migration supports Ukrainians not with words, but with concrete steps".

The meeting gave both parties an opportunity to discuss deepening cooperation, including around the most urgent problems faced by the millions of displaced Ukrainians,  such as housing and social services. President Zelenskyy and DG Vitorino reflected on the imminent approach of winter, and the damage the war has caused to critical infrastructure such as heating, water, and medical services.

There are currently almost seven million people internally displaced within Ukraine, with as many more displaced outside the country. IOM has received almost USD400 million of the  USD514 million requested in its international appeal, but warns that with the approach of winter, urgent aid is needed to prevent extreme suffering, particularly among the hard to reach and the most vulnerable.