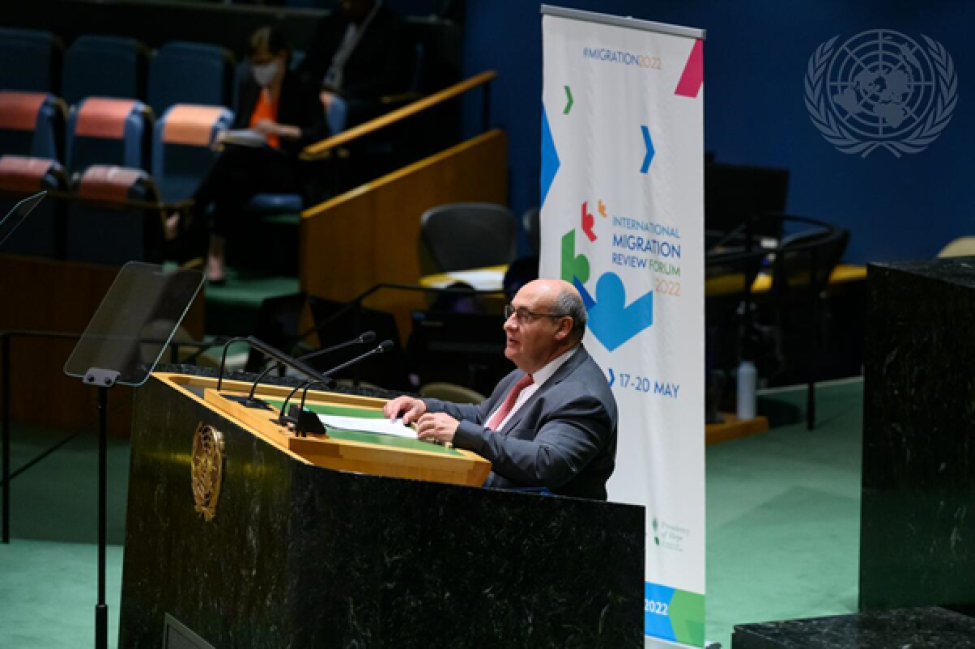 The International Migration Review Forum, which ended at the weekend at the United Nations in New York, was hugely successful for IOM globally and particularly for the SEEECA region.

We supported the establishment of 15 UN Networks on Migration across the region which ensured system-wide support to member states and stakeholders as well as overall guidance on (special) accreditation and registration, resulting in broad and high-level representation at the IMRF, including the Chairman of the Council of Ministers from Bosnia and Herzegovina - the highest-level representative at the IMRF and the first speaker to open the general debate, as well as Ministers and Vice-Ministers, among others.

Out of the 39 SEEECA Government officials who attended the IMRF in person, 15 were able to make interventions, and Azerbaijan and Tajikistan co-chaired  two out of the four roundtables

Furthermore, 11 voluntary reports from the SEEECA region were submitted, accounting for a quarter of all reports submitted globally thus far, with more underway.

We are delighted that Turkey has joined the Global Compact for Migration Champion Country initiative, joining Azerbaijan, Luxembourg and Portugal in the Europe and Central Asia region. Mention of Azerbaijan leads me to gratefully acknowledge its contribution to the UN’s Multi-Partner Trust Fund.

Additionally, 37 practices from SEEECA Region feature in the Practice Repository of the IMRF, and 14 Pledges were made to further enhance the implementation of the Global Compact for Migration

These achievements would have been unattainable had it not been for the preparational and knowledge management actions we undertook to support Member States through IOM’s Migration Resource Allocation Committee funding.

Moving forward, and in an effort to keep the momentum and “breathe life into the Declaration’s text” to quote the President of the General Assembly our Director General, the Regional Network on Migration will support Country Networks on how to advance the GCM, and the recommendations of the first ever Progress Declaration.

I wish to reiterate my appreciation to the Governments, the UN partners, and all stakeholders for contributing to a successful IMRF.

People on the Move in a Changing Climate: Linking Policy, Evidence and Action