Ukraine, 7 April 2022 – Four million people have fled Ukraine, a further 7.1 million others are internally displaced and civilian casualties are growing daily, but the brutal consequences of the war don’t stop there. Massive environmental damage – which started with the outbreak of hostilities in Donbas in 2014 – is already having an impact on the health of Ukrainians, and this is expected to continue for years to come.

For generations, women like Tetiana have tended small market gardens to provide fresh fruit and vegetables for their families. She’s from Vasylkiv, about 30 kilometres from the capital Kyiv, but fled when her hometown came under heavy shelling as Russian troops tried to capture a local aerodrome.

“We left very fast in the morning, packing like we were going for the weekend – only absolute necessities, and went to stay with my friend in the town of Tarashcha, a few hundred kilometres away. The next morning, I learned that several missiles hit a fuel depot near Vasylkiv, and for several days firefighters could not extinguish the fire,” Tatiana recalls.

“My brother told me that even now, a month later, they can still smell the smoke when they are inside the house, although they keep the windows shut all the time,” said Tetiana.

She wants to go home when it’s safe, but doubts if she will ever be able to grow vegetables or fruit as the soil is likely to be severely contaminated.

The incident at the oil depot in Vasylkiv was one of the first technogenic hazards caused by the war. As of the end of March, the Ministry of Environmental Protection and Natural Resources of Ukraine jointly with local NGOs recorded 111 attacks against industrial sites, energy plants, water stations, gas pipelines and unique natural resources. The Government qualifies these as “crimes against the environment”, causing an impact that Ukrainians will feel long after the war ends.

According to data from the Ukrainian NGO Ecoaction, Kyiv, Donetsk and Luhansk regions are the most affected in terms of environmental damage. The situation in eastern Ukraine was already alarming as many industrial sites and coal mines were affected by the armed conflict which started in 2014.

As it transformed into a full-scale war a month ago, tracking and measuring ecological damage amidst the ongoing fighting became challenging. Ukrainian authorities are determined to document all incidents as they prepare to take their case to the International Court of Justice and the International Criminal Court, referring to the First Protocol of the Geneva Conventions which requires the warring states to protect the environment from "large-scale, long-term and serious damage." 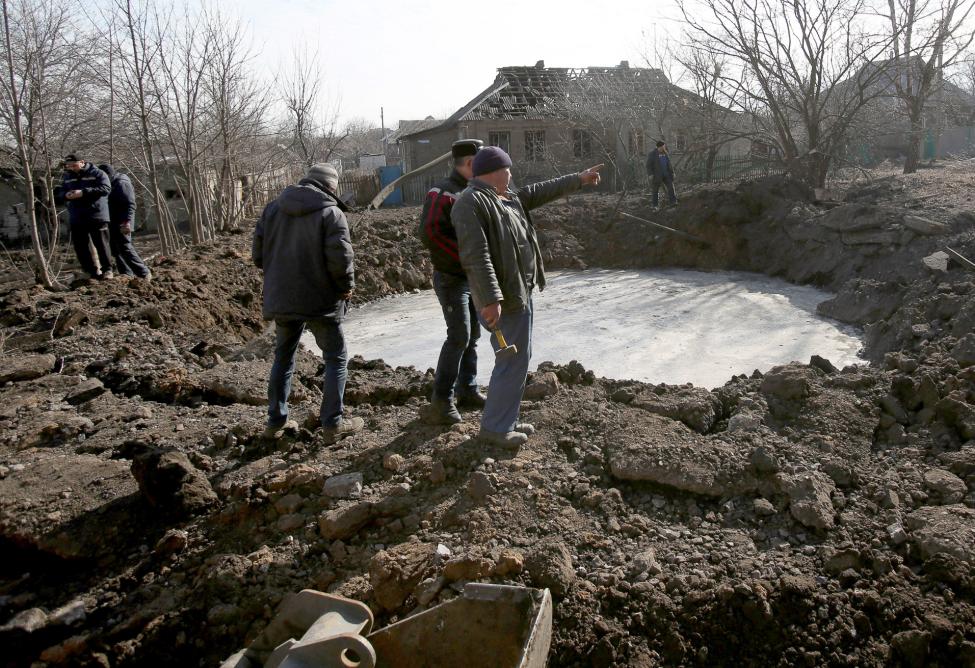 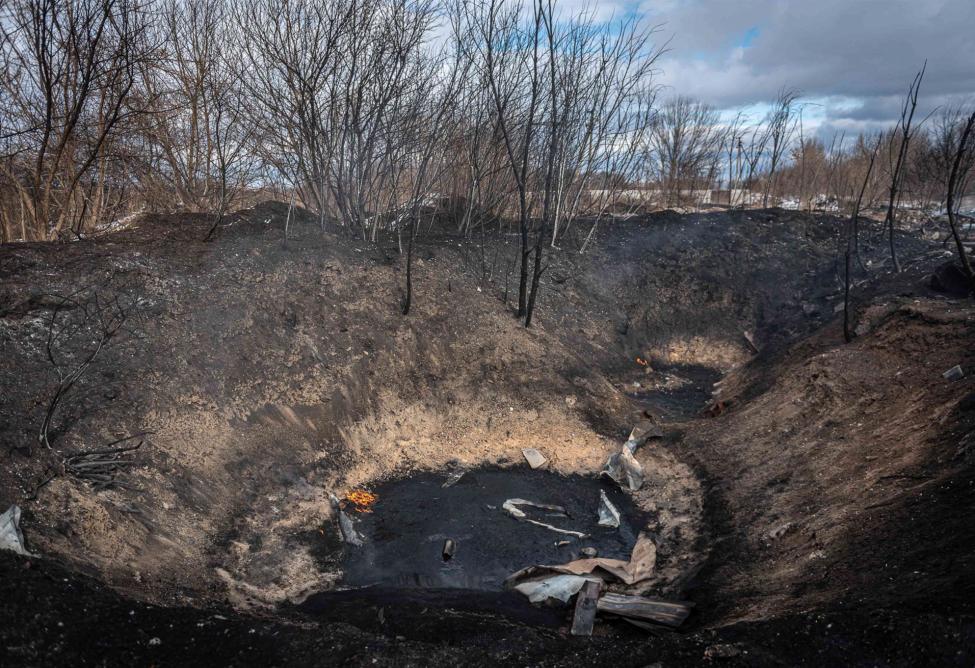 Consequences of an air strike in Kramatorsk. Photo: UNIAN/Anatolii Stepanov

“During the first month of the war, over 1,100 missiles were launched on the territory of Ukraine, and about 4,000 units of military equipment of various types were destroyed,” says Yevhenia Zasiadko, the head of Ecoaction. “This will lead to the accumulation of carcinogenic waste as spilt fuel from exploded missiles contaminates the soil and groundwater with chemicals and heavy metals.”

The habitats of rare and endangered species are also being destroyed. According to a Ukrainian Conservation Group, 44 per cent of the most valuable areas of natural reserve fund are located in the war zone. The notorious nuclear plant in Chornobyl and another in Zaporizhia were apparently mismanaged, and wildfires in the Chornobyl exclusion zone threatened to spread nuclear waste into the atmosphere.

Meanwhile, residents in many other cities, towns and villages across Ukraine already feel how the war is polluting their air, water and soil. As some of the heaviest fighting took place around Kyiv, the air quality in the city has plummeted. On 19 March, the residents were asked not to open their windows or leave their homes unnecessarily, as pollutant concentration in the air was 27.8 times higher than the World Health Organization’s guidelines.

Civilians in and near areas which have been heavily bombed face sustained exposure from inhaling fine dust particles from destroyed buildings, which are often mixed with heavy metals and other toxic substances. This carcinogenic dust may cause longer-term health threats with effects that may not present themselves for years or even decades after the war ends.

On 21 March, shelling caused an ammonia leak at the chemical factory near Sumy, endangering the surrounding areas. Such larger-scale hazardous leaks often leach into underground water – if there are no other sources of drinking water, this can cause immediate harm upon ingestion. Other risks, such as the release of radiation and toxic chemicals from nuclear power plants, are expected to have varied damaging health consequences.

In the short-term, Ukrainians staying in areas with intense hostilities are likely to see an increase in asthma, pneumonia and acute bronchitis, health authorities warn. The long-term health effects for those exposed to hazardous materials or chemicals may include cancer, organ damage, and weakening of the immune system, which may take months or years to appear. Taking in to account these environmental issues, public health risks and food insecurity will be critical for Ukrainians deciding whether or not to return home.

“The implications of this war will be long-standing, it will take many years for those who have been displaced to overcome the negative environmental and health impacts of war, not to mention the psychological scars,” says Elizabeth Warn, Deputy Chief of Mission at IOM Ukraine.

“People returning to their homes after being displaced inside and outside Ukraine, will need to be provided with sustainable livelihoods, housing, jobs and health care to rebuild their lives and strengthen their resilience.”

To help those affected by the Ukraine crisis, IOM has launched a Flash Appeal and fundraising page.

If you have been affected by the crisis and need support, please call one of IOM’s Hotlines.