Zakarpattia, 11 April 2022 – Bucha. Once a quiet dormitory town near Kyiv, it is now synonymous with the mass killing of civilians in the increasingly brutal war in Ukraine.

Yuliia comes from there. Six weeks ago, life was easy: she and her husband Valerii, and their small son Artemko, had just moved into a new apartment in a quiet, green area. She had a job as a hairdresser and loved nothing more than when a client left her salon looking beautiful and confident.

Everything changed one awful morning at the end of February. War – violent, loud and terrifying – roared from the north. With her neighbourhood in flames, Yuliia made the decision to flee.

She and her family, including her mother Zinaida, joined over 7.1 million internally displaced persons (IDPs) across Europe’s largest country (as of 1 April 2022). After four weeks on the road, they arrived in the western province of Zakarpattia, hundreds of kilometers from her shattered home town.

When Yuliia saw the horrific pictures and videos of the slaughter and destruction in Bucha, she instantly burst into tears and remained speechless for a while. “This level of violence is impossible to comprehend,” she finally said. “That is not something you would wish on the enemy, but this is something that will never be forgiven nor forgotten.”

From her neighbours, Yuliia learned that after her family had left, their flat was taken over and their belongings were looted. The factory where Yuliia’s mother worked was destroyed by bombs. Even though Ukrainian authorities have regained control, people are still not allowed to come back home due to risks of mines, and other explosive remnants of war.

Here in Zakarpattia, they can finally catch a break. Together with a hundred other IDPs, they found a temporary shelter in a school in the small town of Bushtyno. Volunteers from Germany, Poland and the Czech Republic have done their best to turn impersonal classrooms into cozy bedrooms. The sports hall has become a central warehouse for all the necessities of daily life.

“So here we are. This is our home now. We have everything we need, and kind people are helping us in every way they can,” says Yuliia. “Even though we are sleeping on mattresses on the floor now, missiles are not flying over our heads and my child is safe. This is the only thing that matters now.” 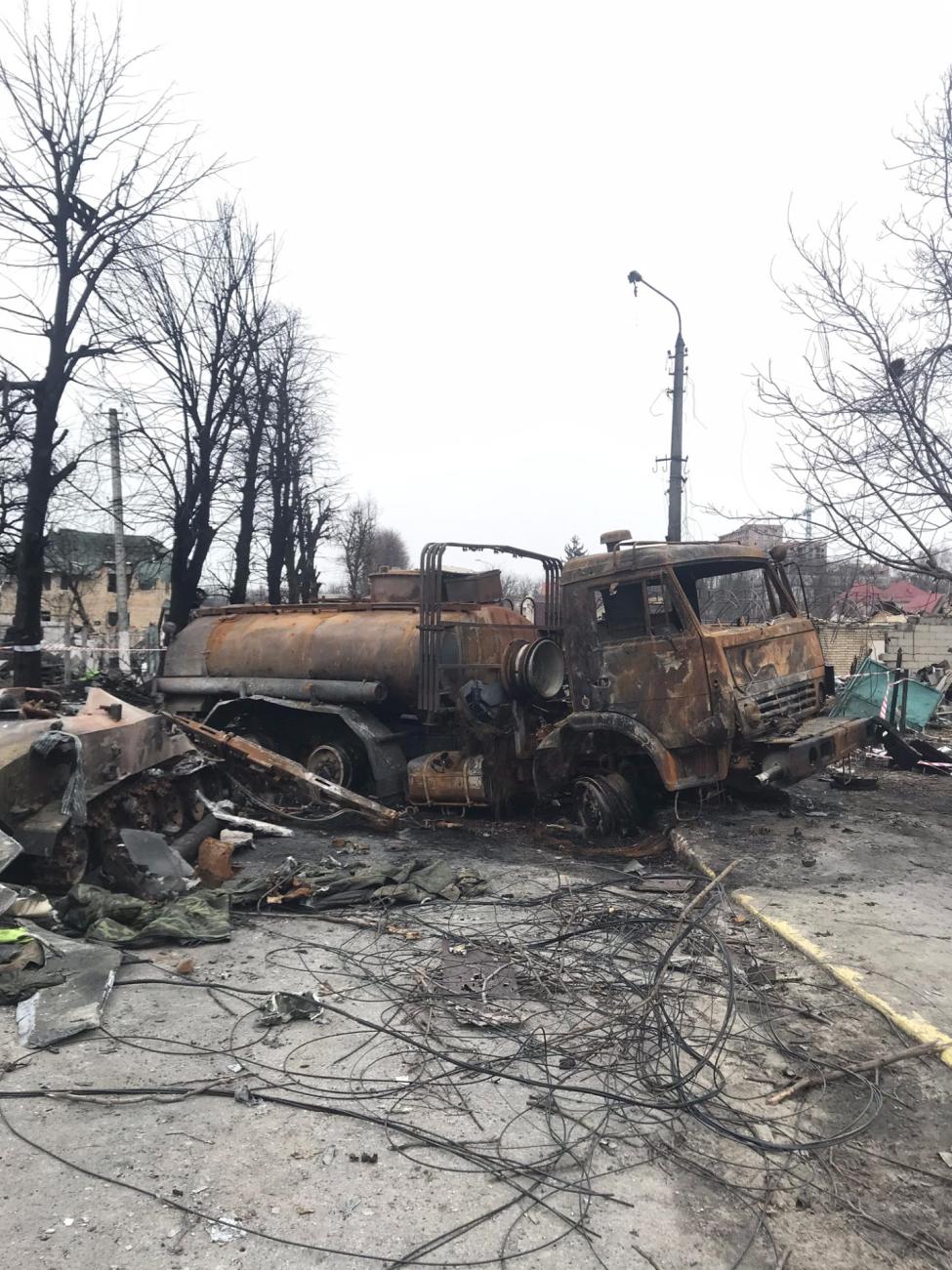 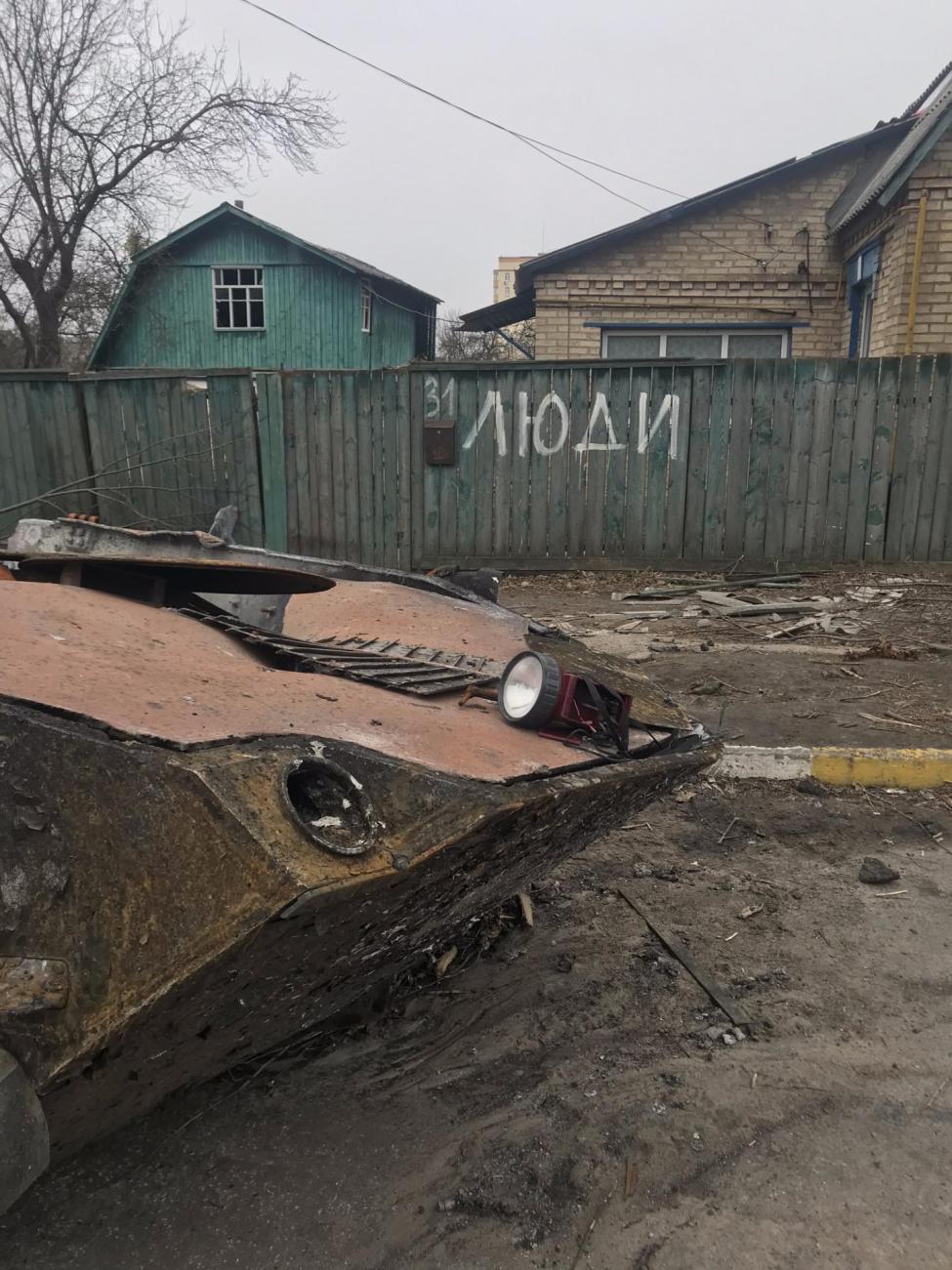 She hopes that her son will not have any memories of those terrifying weeks of fear and flight. “We do not have many personal belongings but what really breaks my heart is that we were not able to take any toys for Artemko. He loves cars and, at home, he had a lot of car toys, which he misses very much and asks all the time when he can come back home to play with them again. I want him just to be a child, play games and spend time with other kids. If he could have some toys or a bike, he would be really happy. And it would make me happy too.”

Toys, and even a bike might be relatively easy to come by, and bring a smile to mother and child. But right now, they are stuck, with no home, no job, no idea how to move on.

IOM has been on the ground providing essential humanitarian assistance to displaced people like Yuliia and her family. IOM response includes food, non-food and hygiene items, cash, mental health and psychosocial support, as well as prevention of human trafficking and sexual exploitation and abuse. Over 50,000 people have received practical humanitarian help from IOM in Ukraine since the start of the war.