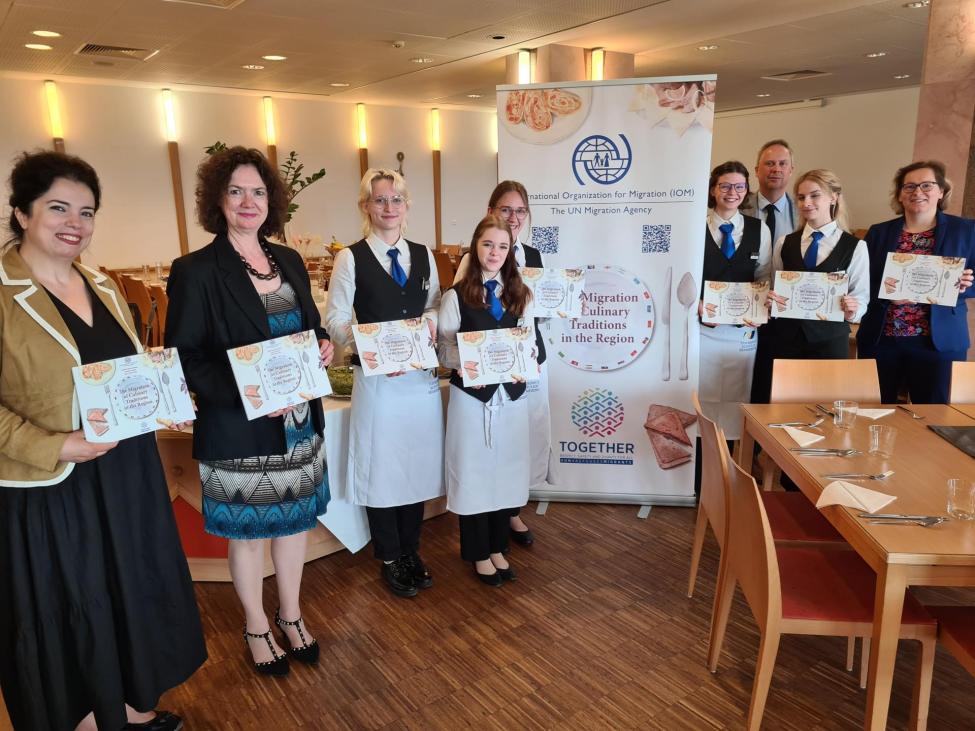 In support of the bi-lingual education program at the Tourism School of Semmering, Austria, IOM has handed over more than 500 copies of the ‘Migration of Culinary Traditions in the Region’ cookbooks produced by its Vienna Regional Office.

The books capture national recipes and illustrations that depict culture and movement of peoples in the SEEECA region.

They met students and presented IOM’s work, holding informative discussions on operations in Ukraine and neighbouring countries. Both sides agreed to extend cooperation in the future, noting the close connections between travel for touristic and migratory purposes.

IOM first launched the regional cookbook as part of the UN’s “Together” campaign held at the Vienna International Centre, alongside samples of the dishes included in its contents.

Preparing for the Next Pandemic in Central Asia