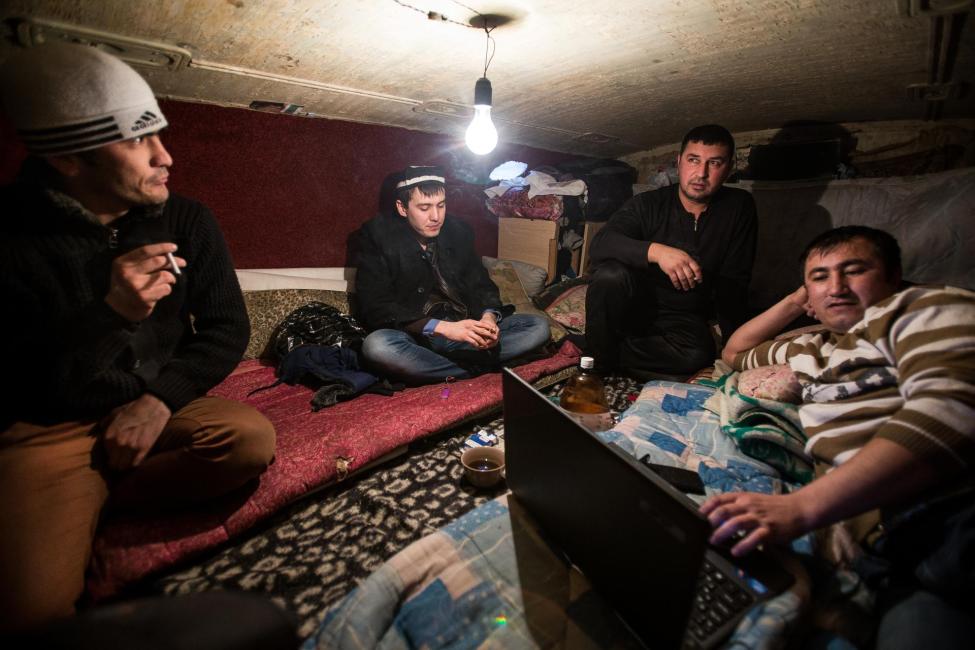 On June 16, International Day of family Remittances there is concern that economic contraction and job losses in Russia are already having an impact on remittance-dependent communities in Central Asia

The countries of Central Asia retain their soviet-era socio-economic and political ties with the Russian Federation.  Migration, and in particular remittances, is at the center of this intricate, historical relationship. Russia’s geographical proximity, cultural familiarity, and shared history with Central Asian countries, as well as the facilitated administrative procedures, has made it the most popular destination for Central Asian migrants.

Currently, there are approximately four million workers from Central Asia working in Russia: around  one million from Tajikistan, a similar number from Kyrgyzstan, approximately two million from Uzbekistan and 200,000 from Kazakhstan.[1]

Migrant workers from Central Asia work primarily in the construction, transportation, agriculture, and service sectors (both seasonally and in longer-term) as well as in higher skilled occupations.

The sanctions placed on the Russian Federation in response to the invasion of Ukraine are expected to have a severe impact on the Russian economy and labour market. Up to two million jobs may be lost, with a concomitant rise in unemployment increasing from 4.4% to 7.8%.[2]

“A fall in remittances from Russia will certainly have a detrimental impact on the region’s remittance-dependent economies,” noted Renate Held, Director of  IOM’s Vienna Regional Office. “While the majority of migrant workers have indicated a preference to remain in the Russian Federation for the time being, we are likely to see steadily increasing returns should the economy take a turn for the worse.”

Given Central Asia’s dependence on the Russian economy, migrants and their families have already begun to feel these effects, mainly through increased unemployment but also in a reduction in remittances. In the first quarter of 2022, 60,000 Tajik and 133,000 Uzbek migrants returned from the Russian Federation to their home countries, putting further strain on labour markets.

Figure 1 based on assumption that the overall value of remittances from RF will decline by 40 per cent.

Projections, however, are not set in stone. In March, remittances to Kyrgyzstan decreased by 28 per cent  on 2021 levels. In contrast, in Uzbekistan, labour migrants sent a record $1.07 billion in April, which is almost twice as much as the previous year . Despite this increase, the Central Bank of Uzbekistan noted in April that the volume of remittances will be 18-25 per cent lower.[5]

The volatility caused by the crisis in Ukraine and sanctions on Russia mean that the remittances flow to Central Asia should be closely observed, as sharp declines can result in increased and extreme poverty among families of migrants and the communities that depend on them.

Remittances significantly contribute to poverty alleviation, as most Central Asian migrant workers are from poorer rural areas. In Kyrgyzstan, remittance contributed to reducing the national poverty rate by 11.1 percentage points (from 31.2 per cent to 20.1 per cent) in 2019.

With remittances covering basic consumption needs, many families have no savings to cushion the shocks triggered by a fall in or the cessation thereof. This, in turn, will affect consumption patterns and households’ abilities to meet basic nutrition, health, and education needs. The World Bank has projected that the poverty rate in Kyrgyzstan could reach 38 per cent this year, partly as a result of lower emigration and declining remittances.

Preparing for the Next Pandemic in Central Asia