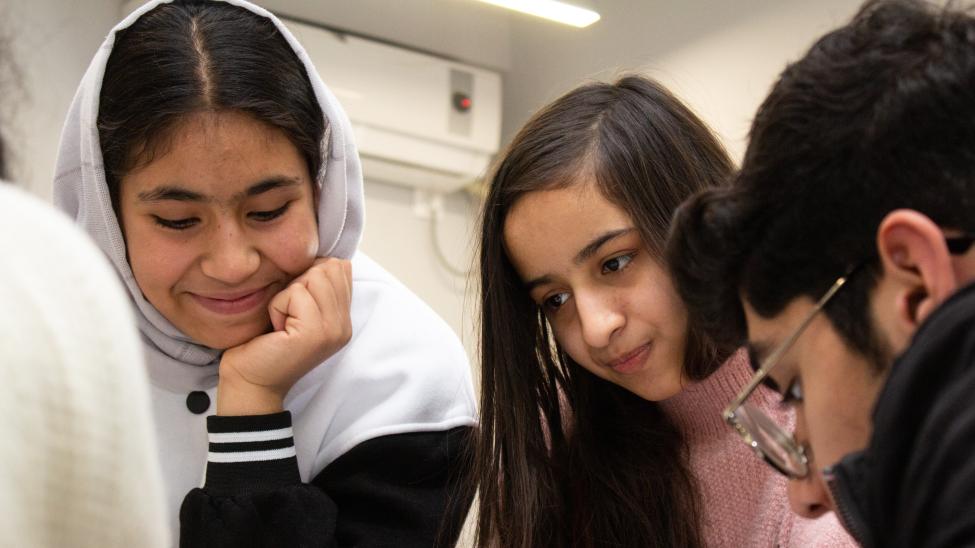 Over two days, 24 teams practiced their skills in public speaking and quick thinking – all in English - in front of a live audience. The event, organized by the International Organization for Migration (IOM) in partnership with AKHP Debate Club and the American Space in Dushanbe and funded by the European Union was linked with International Migrants Day and the annual global campaign “16 Days of Activism against Gender-Based Violence”.

The live audience of teenagers and students, the Afghan diaspora organisation “Oroniyo”, debate club staff and locals from Dushanbe, could cheer for lively discussions and learn more about vulnerabilities and challenges posed by human rights abuses.

The team that won the tournament shared their joy at not just the victory, but also the event. Jamshed Safaraliev, a member of the winning team, said: “The Equality Cup was one of the best tournaments I have ever participated in. I made lots of friends with our migrants, we had very good conversations with each other. Besides that I really liked the atmosphere because everyone was friendly, well organized and we had fun. The judges were very friendly, gave very constructive feedback and the judgements were fair”.

The “Equality Cup” Debate Tournament is part of a wider project organized by IOM aimed at bringing all communities across Tajikistan together, particularly women and girls, to build resilience in host communities. Other small projects will be supported in the future such as the rehabilitation of a school yard, the creation of an IT lab or and the organisation of English courses.

The Georgian Hills are Alive with the Sound of Migrant Music